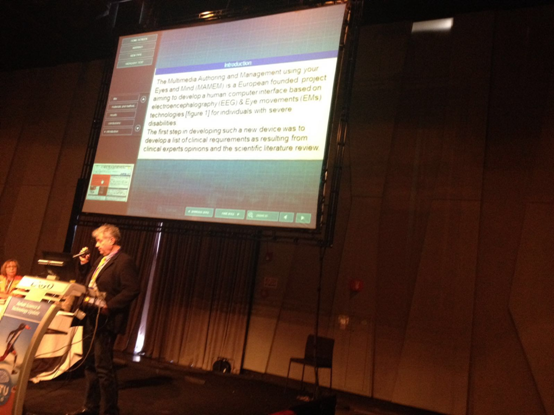 In a recent convention named “Rehab Science & Technology Update” which took place in the city of Rishon Letzion Israel, in the beginning of February 2016, some of the results of the progress in the MAMEM project were introduced by Dr. Gabi Zeilig, one of the investigators from the Sheba medical center. The results were presented using a presentation and a TED-like talk during a didactic session in which the investigator was an invited speaker. The data which was presented included the results of the literature survey and the focus groups that were conducted to assess the clinical requirements of the potential users from the MAMEM platform. Generally, there were positive reactions towards the presentation and later the investigator was approached by several fellow researchers inquiring about it.